Creating and holding Wake Locks can have a dramatic influence on the battery
drain associated with your application. It’s good practice to use Wake Locks only
when strictly necessary, for as short a time as needed, and to release them as soon
as possible.

Popular posts from this blog 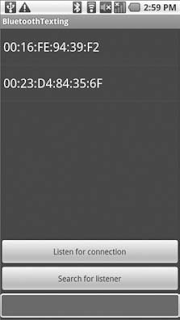